Are There Any More Chores I Can Do, Mom?

The last couple of weeks, we've fallen into a slump here in Carpenterville.  It's cold outside.

So, I find myself doing more and more what I never thought I, as a mother, would ever do... allowing excessive amounts of time on electronics.

I hate it.  Hate that it's happening... and hate to admit that I let it.  In fact, if I were to be completely honest, I would tell you that there were times when I'd fold the laundry, clean up the house, and make dinner... while the kids entertained themselves five feet away with various electronic devices.  And my reason?  Because it was easier!

That kind of honesty hurts, so please ignore the last sentence... especially if my children call you "Grandma".  ;)

I didn't want to acknowledge the amount of time the kids were wasting playing video games and watching TV.  I was pretty sure it wasn't that much.  And even though I would never want to admit it to anyone, it was more peaceful doing the work myself than having to yell at encourage four different personalities in accomplishing their daily chores.

So I didn't.  Like the Little Red Hen, I decided to just "do it myself".

But, it caught up with us, and soon Tim and I found ourselves having a sit down about the kids' behavior.  Of course, we knew the culprit - electronics.  They had come into our home, frozen our children's minds, stolen their imaginations and zapped their energy.  It was time to step in.

When the kids arrived home from school yesterday, we announced the new regime and I'm still pinching myself.  Here's what happened! 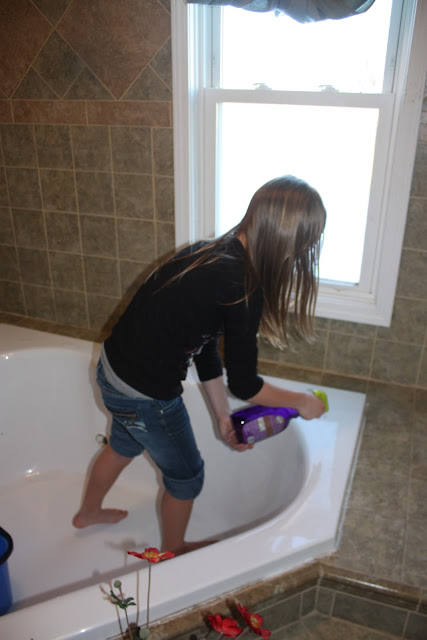 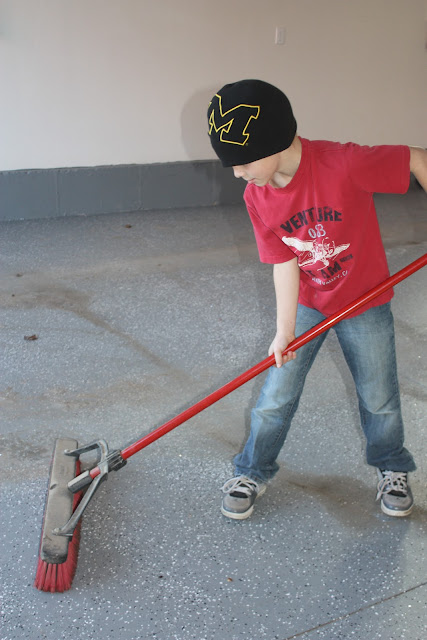 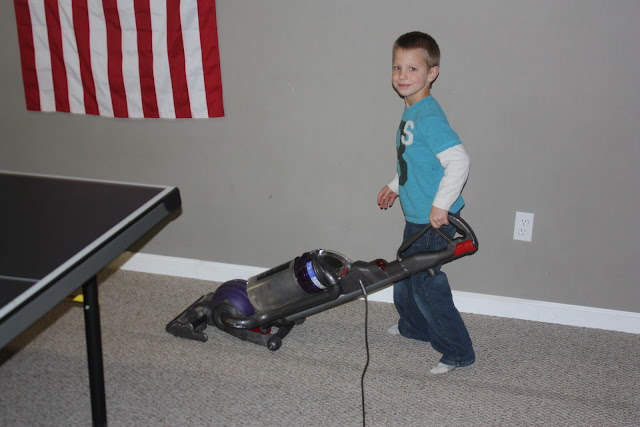 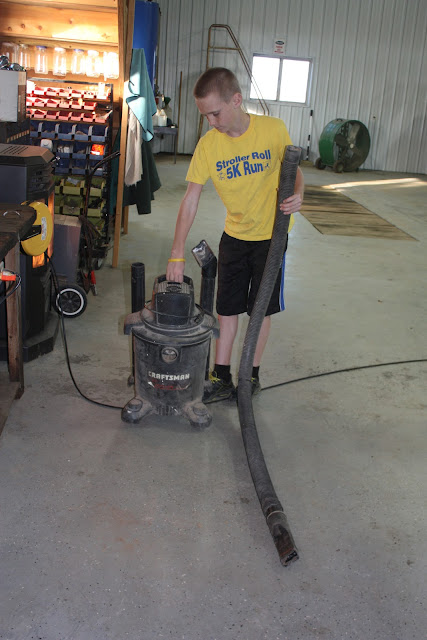 And the best part is, I didn't tell them to do any of it!  (Excuse me for a moment, Ty is standing here asking if there's any more chores he can do).

By the time dinner was over, all the bathrooms had been cleaned, floors swept, dishes done and laundry put away.  And I didn't do any. of. it!

And there were big smiles on four adorable faces?

Tim and I confiscated the iPad, Nintendo, and Xbox, turned off the computers and TV, ditched the chore charts and replaced them with a teacher-inspired point system.

Tim and I came up with a list of chores that the children can choose to do for a set amount of points (if we have to tell them to do a certain chore, they do not receive any points - the goal is to teach them to see the work).  Points earned can be turned in for time on electronics (one point = one minute) or lost when displaying a bad attitude, disrespecting others, etc.

The kids were pumped!  They ran off in different directions calling out jobs they planned to accomplish.  By the time dishes were done (and not by yours truly), there was little left to do.

So we played Dutch Blitz.  I lost.

The kids have earned a ton of points... but they are hoarding them!  Seriously!?

Kobe turned in ten, played a game on the DS, promptly snapped it shut when the timer went and returned the DS to the game basket.

"Don't you want to play a little longer, Kobe?"

Who is this child?

Amy used five, mentioned how quickly time goes by, and also returned the game to the basket.

Now, I'm not naive enough to think this is fool-proof... and I'm pretty sure that we're still in the honeymoon stage, but I'd rather have kids arguing over who gets to sweep out the van, clean the shower or mop the floors than to stare zombie-like at a computer screen.

And the best part (aside from having kids beg me for more work) is seeing their eyes light up with a sense of accomplishment each time they add more points to their name!

For those who are interested, here's the point list we currently have but I expect it to change occasionally.  Some chores are expected and receive no compensation - like making their beds and feeding the animals. 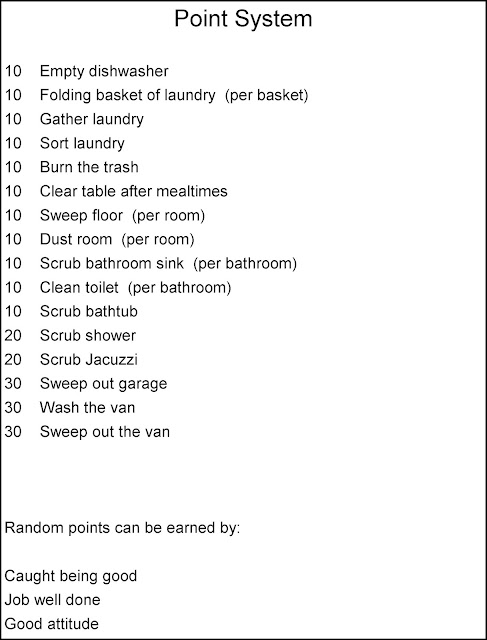 Posted by Lynette Carpenter at 1:24 PM

Awesome, Lynette!! My style!!! I may incorporate some of your ideas into my new stystem. Getting your children the point where they want to work is a success. This week I cut down on the electronics, too. They were not happy. But they can earn time minute for minute by doing chores and reading. Screen time is a privilege to be earned, not a right. You bolstered my confidence that I am not the mean mom they think I am right now. :)

I may have to try things one too, good idea.

ba-RIL-ient!
i was just telling jon something needs to change in this house with screen time. you have inspired me!