Boycott the Boycott: Red Cups, Starbucks and a New Kind of Christian 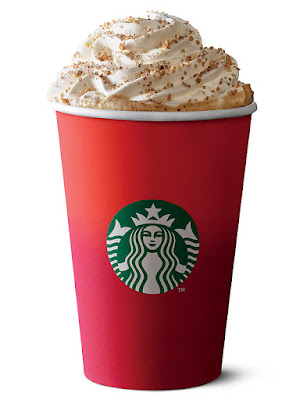 It’s captured the attention of millions, sparking much debate among Christians and non-Christians alike.  So forgive me if you are sick to death of hearing the opinions of others on this controversial matter - but I’d like to propose an option.

I’m inviting believers to consider another way if you’re offended by the red cup.

Let me rephrase that - I’m inviting believers to consider another way especially if you’re offended by the red cup.

You see, I grew up in an environment where I was surrounded with boycotters.  We boycotted the snot out of everything.  If I didn’t like the way you lived and believed, you got the boot.

Our success rates with boycotting businesses reached a big fat 0%.

Not one single business closed so eventually we gave up and Burger King, Kmart, Proctor and Gamble and Pepsi got our business again.

That was the end of my boycotting career until several years ago.

It happened the day the news reported that the Starbucks CEO proclaimed he didn’t want the business of Christians.  Something ugly rose up inside of me that day and I determined to never visit a Starbucks FOR THE REST OF MY LIFE!

That Christmas, someone gave our family a bag of Starbucks coffee along with a red mug.   I smiled, said my thanks and then promptly threw it in the trash when they weren’t looking.  (Ok, well, I kept the mug.)

Still… something about that moment wasn’t right.

It left me feeling unsettled and full of ick.

I began to consider the life of Jesus – the One I was trying so hard to defend, and I realized my actions were not defending Him at all…they were only defending me.

Could it be that we as Christians today have made our reputation, our preferences and our rights our idol?  Would Jesus, Himself, have chosen to boycott those who weren’t fans of His?

I knew the answer… and it wasn’t one I was comfortable with.

Because it showed how in the middle of my best intentions, I had misrepresented the One I so wanted to honor.

Unsure of what I should do, I asked Jesus to tell me what He wanted me to do about Starbucks.

He reminded me of the woman at the well – and how He had treated her with love and respect – even though she wasn’t living a life the religious of the day approved of.

He told me to consider the woman caught in adultery – the one who was about to be stoned (by the religious) and how He actually rescued her and gave her her life back – even though her actions had been offensive to His nature.

I had a feeling I knew where He was going with this.

“I want you to go to Starbucks,” He told me.  “Go and release My peace over their business every time you walk through their doors.”

It was a new concept…completely counter-cultural to the way I’d always believed.

But I liked it.

So I tried it.

And I'd been doing it long before the red cup came and rocked our world.

And I’m doing it still.

Truth be told – if the only representation of Jesus they see is you and I and our Jesus t-shirts and rude hashtags and in-your-face demands… why would they want Him?

I know I wouldn’t.

What's more - that’s not who Jesus is.

It’s so far from who Jesus is.

And shame on us for portraying Him otherwise.

Drop the rocks, people.  Throwing stones never brought healing.  Instead, I challenge you to pull out your wallets and go get some coffee.

And while you’re standing in line, silently invite the peace of God to rest over everyone in the room.  Release His hope and pray that each person there will know God’s love this Christmas.

In fact, while you’re praying, why not ask Jesus to let Mr. Starbucks himself encounter the love of God.  Go crazy and pray that this Christmas he’ll see his business prosper like never before.

Yeah, actually, we can.  The idea comes from a quote Someone once said...  something like, 'do good to those that hate you'… something like that.

It’s an opposite reaction to what our feelings tell us… but that’s the beauty of it because when we humble ourselves and lay down our offenses, we become true reflections of the life of Jesus.  And the truth is, more people would love Him if they knew Him – it’s us, His followers, that are tarnishing His reputation.

Boycotting the boycott draws no attention and is likely to go unnoticed in our eyes.

It’s about living like Jesus and extending love and kindness to those who don’t agree with what we believe.

It’s about loving those who don’t love you back.

And it’s about bringing hope and joy to a world that so desperately needs it. 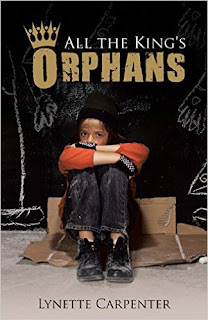 New release "All the King's Orphans" offers a deeper look at the identity crisis of the American Church.  After years of research, Carpenter invites the reader to identify the Orphan Spirit in their own life and discover the freedom of living with the mentality of a child of God.
Amazon readers are heralding this book as one to consider for Bible Study groups as well as labeling it “an easy read with life-changing truths”.

You can order here or on Amazon!

Posted by Lynette Carpenter at 10:29 AM