We've entered the season of birthdays in Carpenterville.  Our kids arrived throughout the spring and summer months - all in odd years (Tim and I are odd too)  (Go ahead, laugh).  So we begin the process of leaving the even years to entering odd ones.

Kobe leads the way with an April birthday.

I mentioned several weeks ago that he had a rather strange request for his birthday cake.  Here are the results! 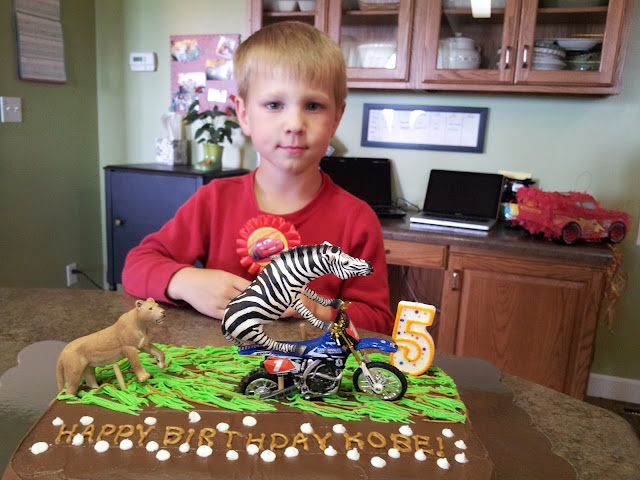 Kobe also had his eye on a tiger he had seen at "the train store" (aka The Red Wagon - a toy store in Shipshewana that a friend of mine owns and I CANNOT recommend highly enough!)  So Kobe's dreams of being a tiger owner also came true on his big day! 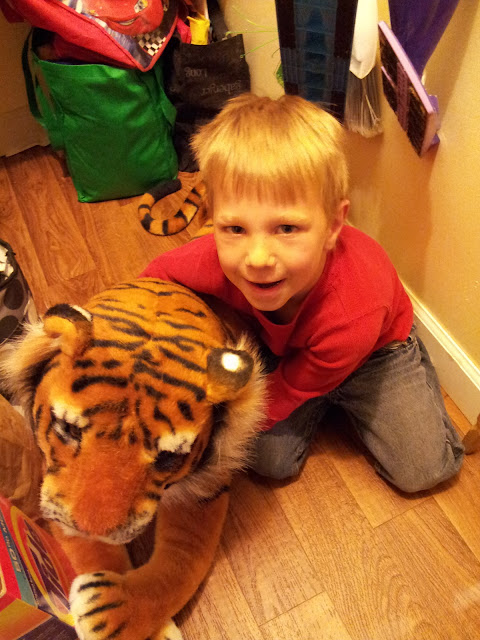 Yes, he's in the pantry... Tiger was too huge to wrap, so we just hid him in there.  Kobe thought he was going to pick out some cereal, but found this instead!  :)

After breakfast, we had a fun day with family and friends enjoying the precious five years of knowing a boy named Kobe.
Posted by Lynette Carpenter at 6:32 AM

Email ThisBlogThis!Share to TwitterShare to FacebookShare to Pinterest
Labels: birthdays