If you are new to Vicky's story, you may want to begin here.

I won't forget that day, Thursday March 8, the day before my second heavy duty chemo treatment. My Derek sent me a text message after 10 am asking me if my hair was falling out yet, LOL?, because he need a haircut. The kids had already decided early in my diagnosis that they were going to have their heads shaved with me when my hair started to fall out.

I told Derek that it hadn't started to fall out yet. I went into the bathroom. I looked into the mirror and ran my fingers through my hair. Clumps of hair came out from between my fingers. My heart started to beat very fast. Even though I knew it probably was going to happen, when it actually did it was a big dose of reality.

I texted Derek back and told him what just happened. Lord, You know that sense of humor you gave to my son? He was using it, trying to make me feel better. He was texting and telling me that I need to get over the hair thing and just get it shaved. He said it's just a step in the process of getting better. He told me I wouldn't want it to fall out in the shower, that would suck. I told him that he was right. I know he's
26 years old, my youngest, and he sounded really grown up to me. It's a strange but comforting feeling when a child you have raised is the one offering encouragement to their parent.

Penny had already decided that when the time came to shave my head, she and Carol were going to open the salon on a Sunday to do this for me and my family. I called Clarice and told her it needed to be the following Sunday. I had read somewhere that a person could lose 50% of their hair without it being noticeable that it was gone. I had thought I could do that, but I hadn't realized that the falling out was the distressing part as it gets all over. There were pieces of my hair sticking on my Trinity's clothes and I knew I didn't want that.

The next day Betty took me to my second treatment. I didn't wear a scarf and I remember telling her on the way home that even the roots of my hair felt strange, as if my hair wanted to jump off. She said, "You mean your hair wants to jump ship?" Yes, exactly that. She's so funny Lord.
Clarice got everything set up for Sunday at the salon. By then, I'm wearing a scarf to hold pieces of my hair on my head. I was surprised when we walked into the salon and Clarice started to set up to play some CD's. She had ordered pizza and nachos for everyone. It was a party, a celebration, a way to take some control of the situation. It was as Derek had said, a step in the process of getting better.

Lord, You know that even though it was a celebration, I was somewhat apprehensive. I was overwhelmed and humbled at the thought of my children having their heads shaved. I wondered about my daughter. It seems as a society we put a lot of value on our hair, especially as women. Well, a lot of men too. She was willingly having her long, thick, beautiful, healthy hair shaved off and her husband was supporting her. I had to wonder how many men would do that.

Derek was the first one in the chair, because he needed a haircut right? He had let his hair grow quite long. Carol shaved Gunnar's hair and put long pink strands in Tia's, Tabby's and Nikki's hair. I do believe those beautiful girls are still wearing them.

Then Lord, there's my Austin, my least talkative child, who decides he's going to get a pink mohawk. Now this is going to raise some conversation and take him out of his comfort zone. You know, he's a fairly good-sized grown man with a wife and three sons sporting a huge pink mohawk.
Oh yes, with the support of my wonderful daughter-in-law who hangs out with him. He kept the mohawk for weeks and was met with many comments, rude looks, threats and gestures. He had many stories to tell. One about a man standing in line behind him at the gas station. The man was talking out loud about the way people dress and their hair ect. Austin told him that before he made a jerk of himself, his mother had breast cancer and he did this to show his love and support for her. The man just said, "oh".

When I shared this story with my doctor, he told us of an example in a book by Steven Covey. It was about a man and his children on the subway. The children were being unruly and the father wasn't disciplining them as the other passengers felt he should be. He seemed kind of oblivious to their behavior.

When the father was approached by the other passengers about his children, he apologized and told the people that his wife had just died and they had left the hospital not more than an hour ago. Neither he nor his children knew how to act at that point. I knew that story and wondered how often I had been like those people. Maybe we see someone in a store and we think they must be a loser because of the clothes they're wearing or they have no teeth.

That's not what you want us to do Lord. You want us to care about the heart of that person and not be afraid to even have a conversation with them or give them a smile. My perspective has changed most recently Lord.

What have I to be afraid of anymore?

It was Clarice's turn in the chair. I held her hand. She said, "You're making it worse Mom", but she didn't let go.

It was my turn in the chair.
Kari Jobe "Healer" was playing on the CD player. I was singing. Clarice and Ronnie were holding my hands. My hair fell to the floor.
Lord, You have shown me what is good. And what do you require of me? To act justly and to love mercy and to walk humbly with my God.
Micah 6:8

I humble myself in the presence of the Lord and He will exalt me. (He will lift me up and make my life significant) James 4:10

I humble myself under the mighty hand of God, and in His good time He will lift me up. 1 Peter 5:6
I'm so blessed and thankful for the wonderful family and friends you have given me and the love and support they show.  Today as I look in the mirror at my bald head and very little eyelashes or eyebrows, these things that a woman may get a lot of her beauty and value from, I want to believe that maybe I will see myself as You see me, in Your image and for Your Glory.
To close Lord, I wouldn't be offended if You decided to keep my leg hair and unwanted facial hair.
Love, Me 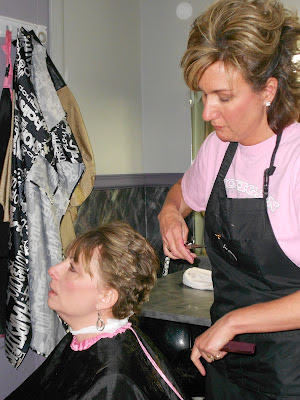 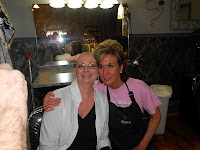 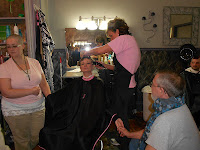 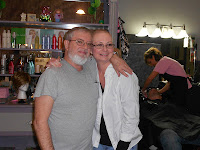 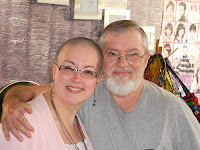 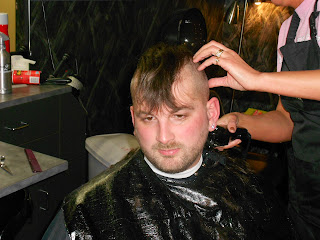 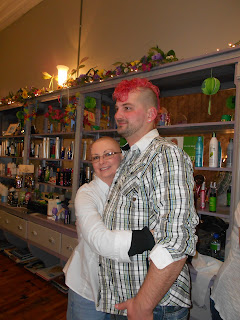 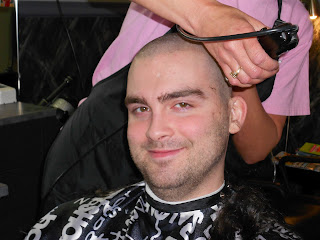 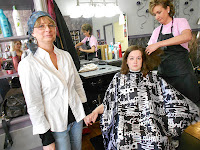 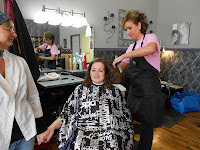 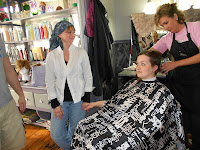 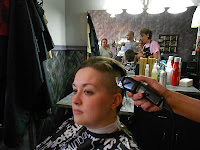 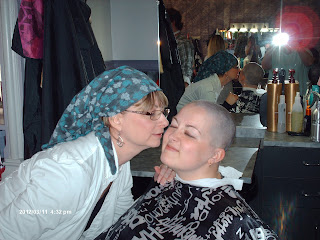 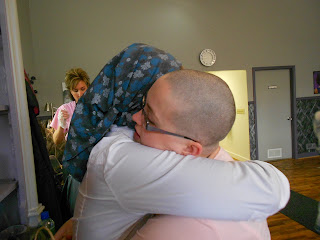 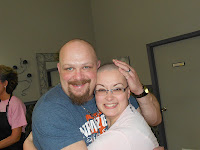 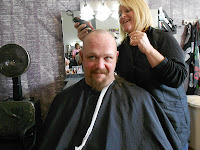 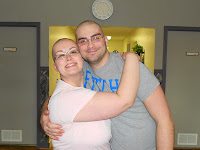 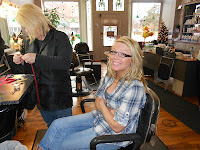 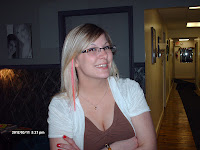 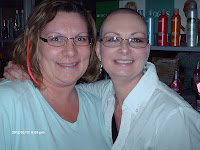 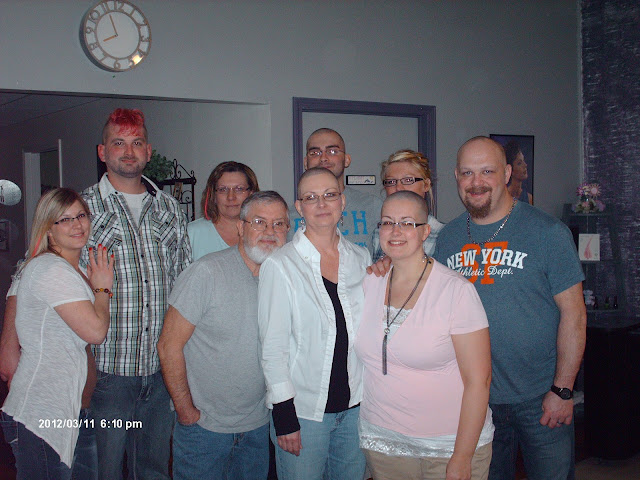 
I invite you to comment below or email your words of encouragement for Vicky.

Posted by Lynette Carpenter at 3:59 AM

Email ThisBlogThis!Share to TwitterShare to FacebookShare to Pinterest
Labels: Victoria