For the Titus2Woman this week, I’d like to introduce you to a very special woman in my life.  To me she is the embodiment of what a Titus 2 woman should be.  My earliest memories are of this beautiful lady.  She taught me how to organize a home, care for my children, separate the egg yolk from the white, and that you should always scrape the remaining cream cheese off the foil it comes in (sorry mom, I stopped doing that – but I hear your voice in my head each time I toss still creamy foil in the trash and I promise to scrape it “next time”).

I was mom’s only daughter and she and I have shared a friendship for many years.  I asked mom to share what life as a young mother was like for her.  Here’s what she had to say. 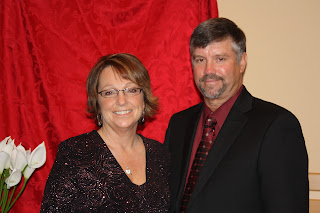 I’ve been married for almost 36 years to Albert Stutzman.  We have four children, Marlin, Lynette, Mat & Chris.  Here’s a little more about each one of them.

Marlin Stutzman - Married to Christy and has two sons, Payton and Preston. He is helping to lead in our nation by being Indiana’s District 3 Congressman, but plans to be back helping on the family farm eventually.

Lynette Carpenter - Married to Tim and has four children, Tyler, Amy, Corey and Kobe. She is a busy wife and mother who likes to help on the farm alongside her husband but her passion is sharing with others with her pen.

Matthew Stutzman - Married to Elizabeth. He helps here on the farm and I sense God has ministry plans in his life.

Christopher Stutzman - Married to Karista and expecting their first child in April. He also works on our family farm. I see him as a great loving father and am excited to see how God will continue to use them!

Some of my favorite memories from when they were little are of them playing with the video camera-taping their baseball games! Of course, several of these were taped over later when Marlin was recording the Bulls games!

Some of the specific goals I had as a mother were that I wanted to teach my children about the Lord. We read Bible stories, had records and tapes that they played a lot.

When I was pregnant with our third child, my parents decided to move to Texas taking my younger siblings with them. Next youngest sister decided to pick up their family and move there too. My Mom had been my best friend. There were many days that I had spent doing our work together.   My children enjoyed playing with my youngest sister who had come along later in my parent’s lives, and we often did our sewing and canning together.  Suddenly, I was here alone.

At first, I was rather excited to try living without my parents so close - maybe more independently. I could do this!  Afterall, we still could call each other, write, even the occasional trip, but it wasn’t so easy!!.

Those years were difficult.  Albert and I were young and trying to get ahead financially.  He worked so hard and I was busy with the children.  On top of that, I had started babysitting, so my days were full!   During that time, I received the devastating news that my brother was ill.  Rather than telling Albert how I was hurting, I withdrew into myself.  Sure, I did the things expected from the outside but inside I was crumbling... I am thankful God was faithful - He was there when I finally realized I needed to depend on Him not others!!

Today, my mom and brother have both passed away – as has my father.  I miss them, but value the memories I have.  I still enjoy a close relationship with my four sisters.  We stay in touch daily through Facebook and texting. I’m glad that we can encourage each other.  We are often left wondering how our Mom did it because she made each one of us feel like she was just our Mom and with eleven children - that was quite a feat!!

If I could have a conversation with the 25 year old version of myself today, I would say, “Don’t walk so fast!! Slow down!  Enjoy the small things... besides you’ll be hunched forward when you get older!!

I remember thinking on my twenty-fifth birthday with my four children playing in the living room while I sat on the couch, “Is this all my life will be? Taking care of a family?” So I decided to start giving blood!! Rather silly, but it was my way of making a difference in the world!!  I see now that loving and caring for my children was far more important, they continue my mom’s legacy!!

I’ve reached the empty nest stage now, and it’s quiet around here most evenings.  Thankfully though, since the hub of the farm centers here, it’s not so empty during the day!  And I love having the grandchildren here too!!  It has helped me think that I wouldn’t have had to concentrate so much on getting all my work done as a young mother. Nobody remembers those things, so I try to take time with those I love now and knowing there’ll be plenty of time later to do the mundane things.

I remember when Tim and Lynette visited here one time when Tyler was just crawling, he stood up to the mirror and left his little handprints there. It was a LONG time before those got washed off!!

My advice to young mothers today, is:

Encourage a close relationship between your children and their grandparents! My children still talk about getting hugs from my Mother and the cookies Albert’s mother always had on the counter when we would stop in there and now that my children no longer have grandparents, I know they are grateful for the priceless memories they have.

While we need to keep a house clean, we don’t have to be SuperMom. There is a middle line... but staying involved in your children’s lives is most important. Work together, cook together, play together, read together, pray together... that’s where the memories are made!! 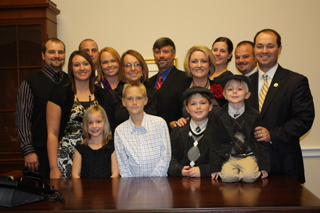 Posted by Lynette Carpenter at 4:56 PM

Email ThisBlogThis!Share to TwitterShare to FacebookShare to Pinterest
Labels: Titus 2

Your mom and I have more in common than I thought... Moving overseas into strange cultures left me feeling alone quite often. Even with email and skype it wasn't like I could call my mom up and ask her advice or for a recipe, etc. It's quite daunting sometimes and I don't have a clue how Josie managed...AND I CAN'T ASK HER!!! Thanks for doing this Titus 2 Series. It's good encouragement.