This morning my brother reminded me that today would have been the due date of their little one.  The heavy sadness I felt surprised me.  What could have been a day full of joy and excitement was instead a day filled with laundry and a cranky Kobe.

Yet, I can't help but think about what God has done through the loss we have experienced and I will continue to praise Him for it.

When Elizabeth told her story several weeks ago, I heard from so many women.  Women who expressed their gratitude for the encouragement they found within the words that Elizabeth shared.  I've posted some of their stories here, and today I have another that I want to pass along to you.

Erin M. is a mother of two.  She and her husband, Adam, experienced a miscarriage with her first pregnancy.  Here is Erin's story: 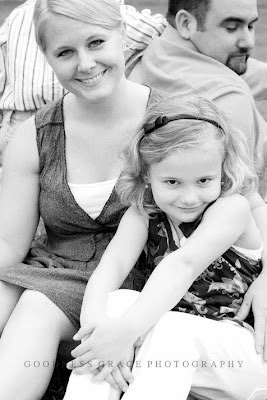 I just read Elizabeth's story and wanted to let both of you know how glad I am that she shared her experience.  I also had a miscarriage at nine weeks with my first pregnancy.  It was a horrible experience and my faith was weak.  I was angry with God for a long time.

Actually, I'm ashamed to admit it, but I think I was angry until I got pregnant again.  I felt as if I had lost all of my hopes and dreams for having a child.  I know so much more now.  Like the fact that I can't depend on my "feelings" for truth but I can depend on the word.

Then after I was pregnant again came an almost paralyzing fear which I now know was the devil's work.  I did have a very difficult pregnancy.  I began bleeding early in my second pregnancy and thought for sure I was losing my second child.  I sought help from my obgyn right away and got on hormones to help my body maintain the pregnancy.

The battle was not over though, I had a pregnancy, like many with nausea and vomiting and then at about 5 months came the pre-term contractions.  Abigayle Pauline was born 6 weeks early, I got to hold her tiny blue body for only seconds before they whisked her away to the NICU.

Once again I feared for my baby's life.  Abigayle was in the NICU for two weeks.  She was only on the ventilator for 1 day though.  I was there with her every moment that I could be but it ripped my heart out to leave her each night.  Abigayle grew and in eight more months I was very surprised to find out that I was already three months pregnant again!

I had another difficult pregnancy with pre-term labor beginning at twenty-nine weeks.  I was on bedrest for over two months, but God gave us a healthy baby boy!  Finally I got to keep my baby with me. No one was taking him away.  It was my dream come true.

Today I have two healthy, strong children!  God IS good! I have often wondered about my first baby.  I used to really wonder if my baby was in heaven.

I recently read the book "Heaven is for Real".  It is about a boy who went to heaven and came back.  In the book the boy talks about his sister.  You see his mother had a miscarriage before he was born and had never told the boy about it.  When the boy returned from heaven he told his mother that he missed his sister, he had seen her in heaven!  When I read about this I was at work on a break and I started to cry.  I thought of my baby in heaven and that some day I will get to meet my baby.  I don't know why I questioned it before.

Reading this boy's account of seeing his sister just really made it hit home.  I was joyful, but it opened an old wound.  A wound from losing my baby, that had never healed.  Over the next couple of nights I would lay in bed and bawl.  I didn't understand.  I thought I had put this all behind me.  Turns out I hadn't, and I needed to have that time to grieve.

You see I thought I had grieved when it happened, but I was too angry to grieve.  It was almost like I hadn't forgiven God.  I had accepted it, but I was still wounded.  Carrying around this unforgiveness for, of all people, my Savior.  Can you believe that?!

As I write my story I can see how weak my faith has been, and how silly it is to withhold forgiveness to my Lord and Savior.  But....God is good.  He never left my side.  I didn't realize I had such pain left inside. I'm so thankful that he has revealed it.  It is so freeing.  I can see that God is doing a work in me and I am proud to say now that I believe that He will bring it to fruition! 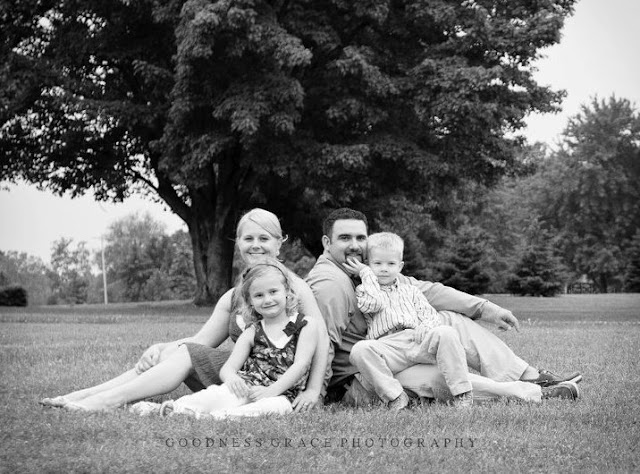 If you would like to contact Erin or I, we would love to hear from you!  Email me here and I will pass it along to Erin.

Posted by Lynette Carpenter at 7:01 AM